The Chief Executive Officer of Binance, Changpeng Zhao, has made public an announcement that the company has signed a non-binding agreement to purchase a unit operated by a competitor known as FTX.com. This move is intended to help cover a “liquidity crunch” that has occurred at the cryptocurrency exchange. 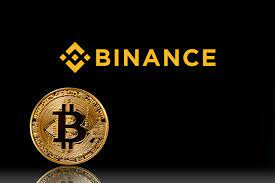 The transaction comes after a piece published by CoinDesk the previous week that expressed worries that FTX’s corporate sister, Alameda Research, was unduly dependent on illiquid tokens, including FTX’s own FTT. The concerns were made in response to the CoinDesk article.

Sam Bankman-Fried is the founder of both FTX and Alameda, and he controls the majority of both companies.

It was reported that investors, including Binance, withdrew a significant amount of assets from FTX over the past 24 hours. As a result, the exchange’s Bitcoin balance dropped from approximately 20,000 BTC to less than 1 on Tuesday morning. This occurred while people were having difficulty withdrawing their assets.

As a result, Binance said that it had signed a non-binding letter of intent (LOI) to completely buy FTX and provide assistance with the liquidity situation. This was done in order to safeguard its customers. In addition to that, he said that the purchase will be preceded by “complete” due diligence.

This happened only a few hours after it was announced that FTX had been forced to restrict customer withdrawals, which raised worries of a collapse of the exchange similar to the one Celsius Network experienced earlier this year.

In addition, Bankman-Fried acknowledged the agreement on what it termed “a strategic transaction,” although the company did not directly disclose that FTX.com was going to be bought. This transaction will have no impact whatsoever on FTX.us.